A downloadable game for Android

"I have to admit, I was pleasantly surprised by Heroes Tactics." - Gamezebo

"I have to admit, I was pleasantly surprised by Heroes Tactics." - Gamezebo

=WELCOME TO THE WORLD OF HEROES TACTICS=

Fulfill your destiny as you become immersed into the mythical action world of SWORDS and MAGIC in this TACTICAL FANTASY RPG. Lead your team of courageous heroes on a journey to save Princess Loralyn and slay the vicious Demon. Begin role playing as summoner and choose your heroes to battle unique and devious creatures. Collect weapons, armor, and magical equipment to strengthen your attack power.

Long ago, the ancient Dragon Tribe overcame the Demons of Hell in a fierce and ruthless battle. To safeguard the peaceful lands, the Tribe's leader sealed the Demon's powers by sacrificing his life. Hundreds of years later, a descendant of the Dragon Tribe wedded a human King, giving birth to Princess Loralyn. One dark day, the demons charged once again through the Gates of Hell, waging wars and capturing Princess Loralyn for her blood as they try to unseal the curse. The humans were unmatched by the fury of the demons as they devastated the mortal kingdom. As all hope seems to crumble, a team of heroes appears in the distance...

Be prepared to charge into battle against vicious enemies and players worldwide, so level up your heroes!

- BUILD your team of heroes and rush into battle with the strongest army in the land!

- ADVANCE across the board and use your quick thinking for true RTS gameplay!

- CONQUER campaign missions to rescue Princess Loralyn and SLAY the vicious Demon in the FINAL battle!

- CHALLENGE other players worldwide and seize their RANKING.

- FORM formidable alliances with other players to create the ultimate Guild.

- Let your heroes take over with the optional Auto Mode for the PVP Arena.

- Get FREE prizes every day. 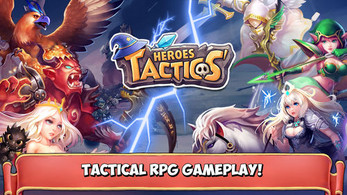 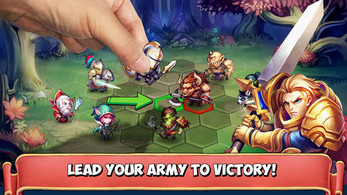 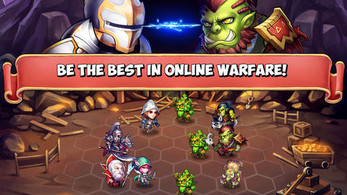 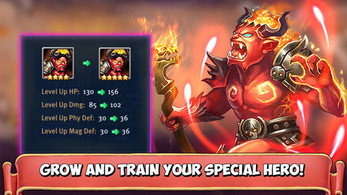 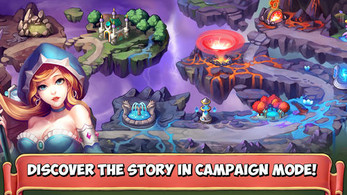